Ryvers School aims to help children learn about the world in which they live - our local community and our wider, global community.  We help others through regular charity work and work with our KET (Kedermister Trust) Schools to offer children a wide range of experiences to enrich their understanding as tomorrow's leaders.

The children at Ryvers have been collecting pennies for Busesa Primary School in Uganda.  Working with The Henry van Staubenzee Memorial Fund, all of the money raised by our 'Coins around the World' event is going to support Busesa Primary School with whom we hope to build a long term link.

On Tuesday 20th October, the children all spread their coins around the chalk map of the world (see below).  We then measured the amount of coins (how far around would they go?) by counting the coins and we added up which class had raised the most.  (See the results below!); a HUGE thank you to all children (and families) though - we all enjoyed an extra 15 minutes of Golden Time to say a big thank you for all the hard work.

The children learned a little about Busesa Primary where over 1100 children go to school and more than 600 do not have a desk to sit at.  Many children walk great distances to school which is why we were seeing how far around the world our pennies and copper coins would stretch.  Most of us only travel very short distances to school - a great contrast!

Ryvers is now working with the Charity and the Headteacher at Busesa to decide how to spend the money that we raised.  Thank you to all parents, friends and family who helped with the coin collecting - copper coins all mount up and we raised over £450. With 6 Azure raising the most and bringing in the most coins.  5 Topaz and 4 Amethyst were runners up respectively.  THANK YOU!  Check back here for updates and photos of how the money helps children at Busesa Primary.

See the desks that Ryvers gave to the Busesa School 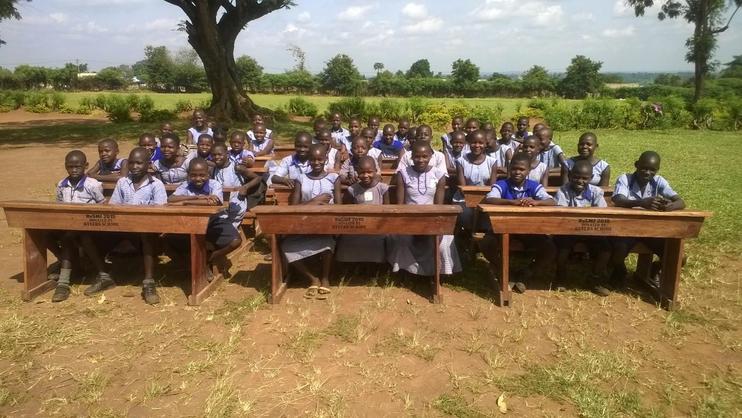 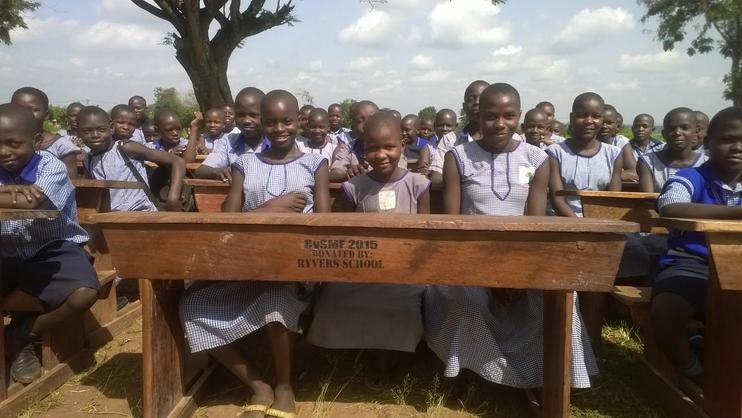 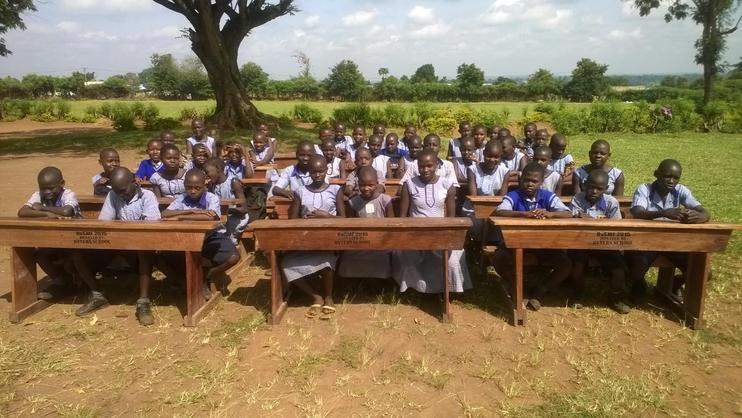 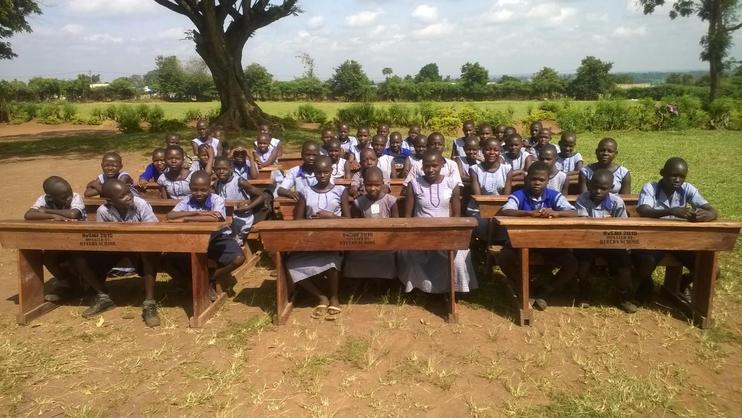 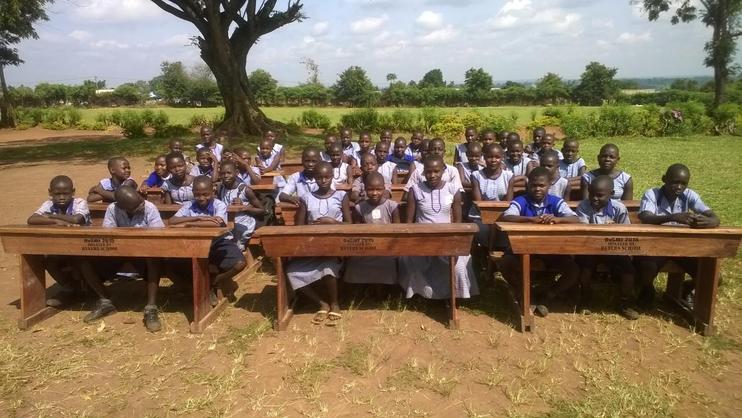 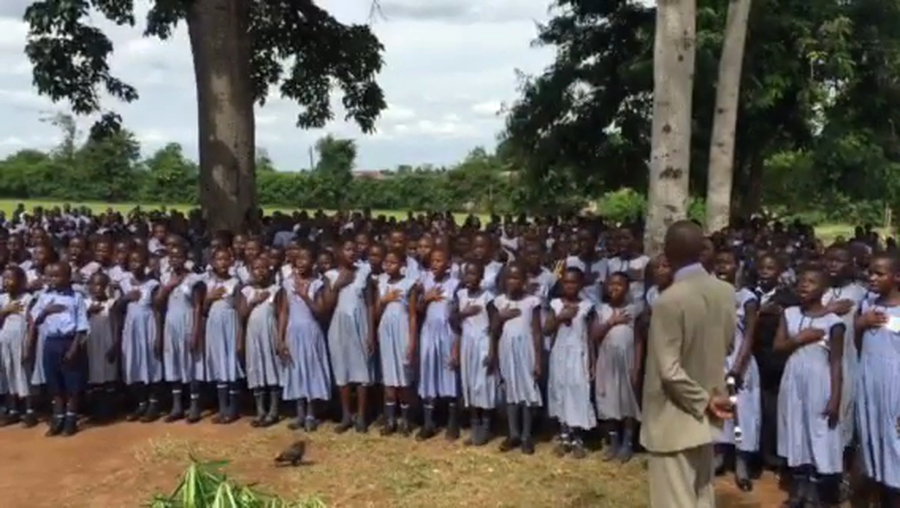 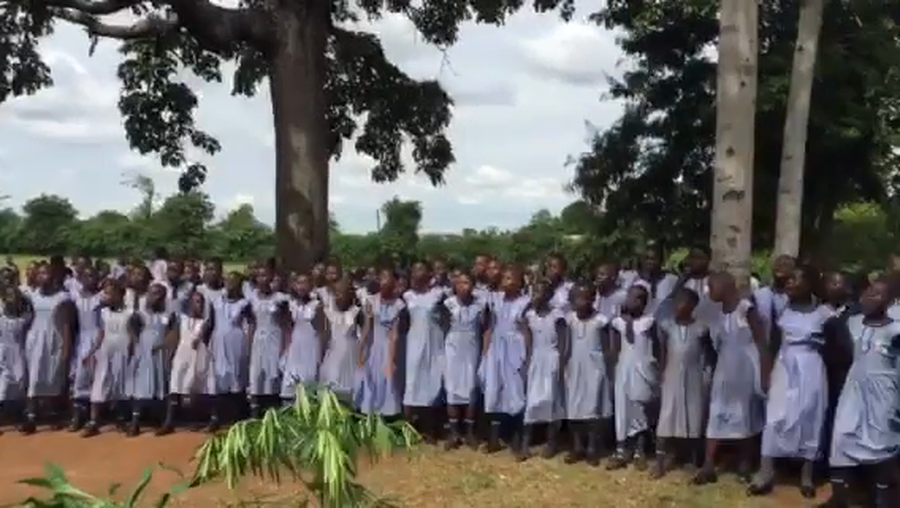